Being back at work has had a massive impact on my energy levels, and I've found it hard to do something creative every day. I'm trying to be philosophical about it and just do what I can, when I can, but it's frustrating. Especially when finishing what I start is so often a struggle anyway.

One thing I have managed to do is complete 'Betsy's Poncho'. This was really quite an achievement because, after a deceptively easy start, it turned out to be a fiendishly difficult project, requiring around 1,200 stitches to be picked up around its various edges and borders. By the time I'd repeatedly arrived at too many/not enough stitches at the end of a section and had to start again to adjust/get the spacing right, it was probably more like 2,000 stitches. It consumed a lot of evenings and most of the long Easter weekend, but somehow I stuck with it, finished it, and Betsy loved it, so it was eventually worth the effort. But never again. Well, maybe in a smaller size, for a really special person! 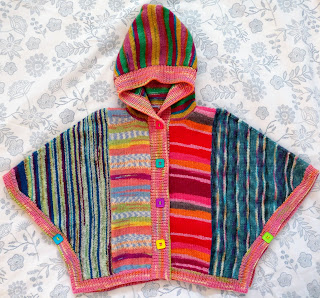 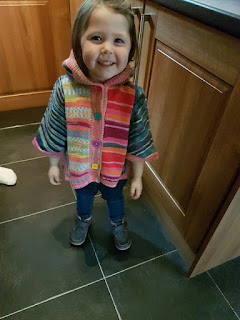 The Matryoshka is creeping along at a snail's pace. I still have around 4 mandalas to complete before she will be ready to varnish, and I can move on to her inner selves. 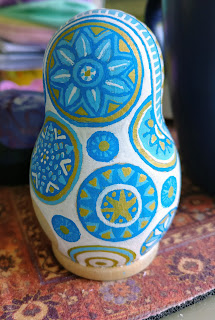 I made the mistake of telling people about this project, thinking it would encourage me to continue with it, but this strategy has somewhat back-fired on me. My sister asked me to do a set for her birthday and someone at work said they would like to buy another set when I have time to make one. Someone else asked about commissioning a couple of repainted dolls for their grandchildren. This is lovely and affirming, and I appreciate their appreciation, but it's also a source of pressure. I now feel guilty if I'm not getting these things done and meanwhile the various other ideas percolating around my brain are being pushed to the back of the queue. This is where I tend to come unstuck creatively - the point at which things start to feel more like a chore than a pleasure - and lack of time and energy just compounds things. But (if I'm honest) I have to acknowledge that I really often need a 'deadline' to prod me into doing, rather than procrastinating thinking about doing.

There's really no alternative but to persevere*.

Before I bash on with the persevering, here's some natural beauty... 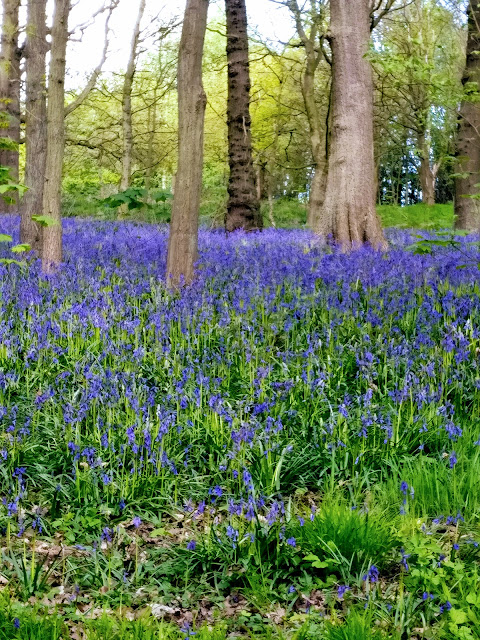 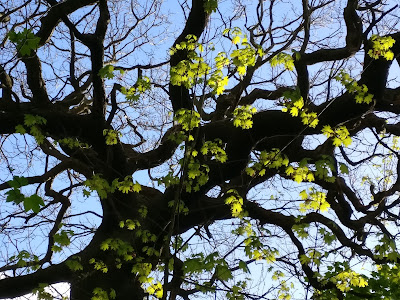 And a thuggish-looking baby doll 'rescued' from the charity shop for my work toy-box. She has received a bit of a makeover (rosy cheeks, eyebrows and hair) but remains slightly menacing nevertheless. She really needs a nice woolly hat and matching cardigan... 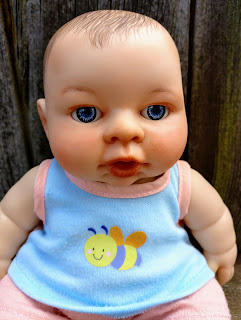