In the next couple of months the building where I work is going to be demolished, and our staff team is moving to a different base. It's not ideal - we'll be losing both office space and (more importantly) our family-friendly meeting room. As a team we're trying our best to channel Pollyanna but there's still quite a lot of Eeyore woven into the mix - it's sad to leave this place behind, and we're really not sure if the new base will work for us or our service users.

As part of the down-sizing process my colleague 'J' and I volunteered to sift through all the toys, games and books we use with children. We both enjoy the process of restoring order to chaos, and in a building where three different services currently share resources it doesn't take long for things to get messed up - Spillikins thrown in with the Lego, Mr Potato-head limbs and features scattered far and wide, 4 in a Row counters down the side of a settee. 'J' and I spent a happy morning taping battered boxes back together, counting puzzle pieces, throwing away broken stuff, checking for dried up felt tip pens and generally putting things back where they belonged. Oh the joy of gathering up a complete deck of cards, and figuring out where the blue plastic discs with Spider-man pictures on one side came from! We're hoping (perhaps naively) that the move to smaller premises will make it easier for our team to keep things organised and tidy.
This weekend I've also been doing some spring-cleaning at home - mostly dusting and some more tidying. The clocks went forward this morning and we went to the park for the first time in two weeks. Glorious blue sky, spring sunshine, and clumps of daffodils, crocuses and celandines everywhere. Lovely! 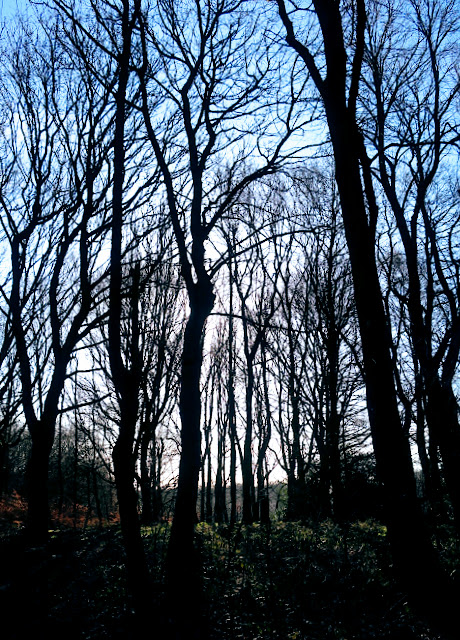 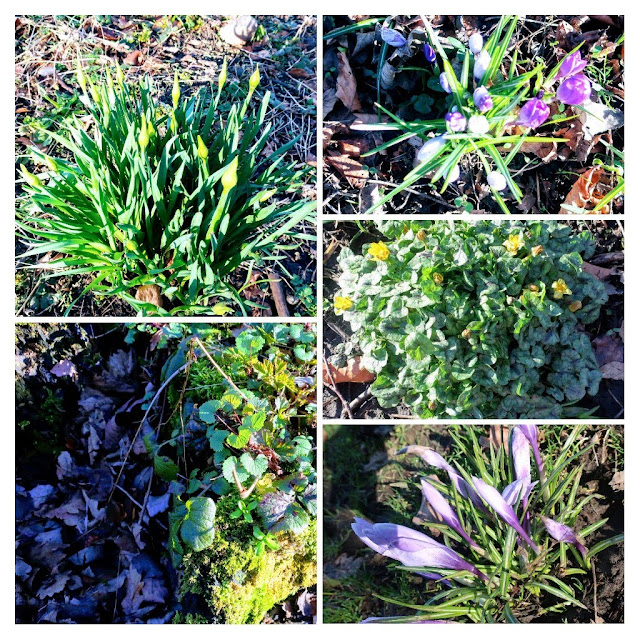 The second of my two baby blankets is nearly complete - not sure what will be next on the needles. I'm pondering a zig-zag stripy chevron scarf using this rather lovely sock wool in alternating rainbow and monochrome colours... 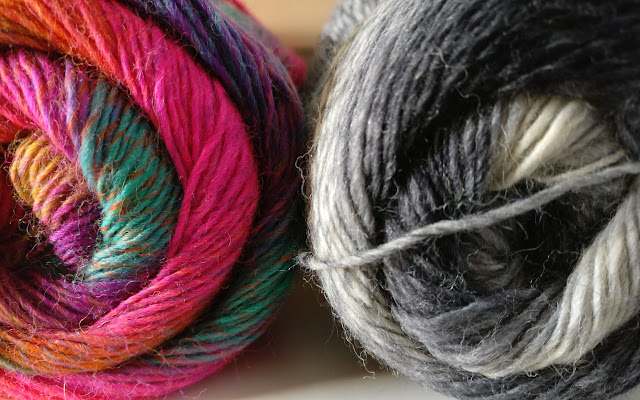 I started keeping track of my creative endeavours a whole 12 months ago, and while I'm still not getting as much done as I'd like, it does make me happy to look back at some of the things I've have managed to achieve in that time. 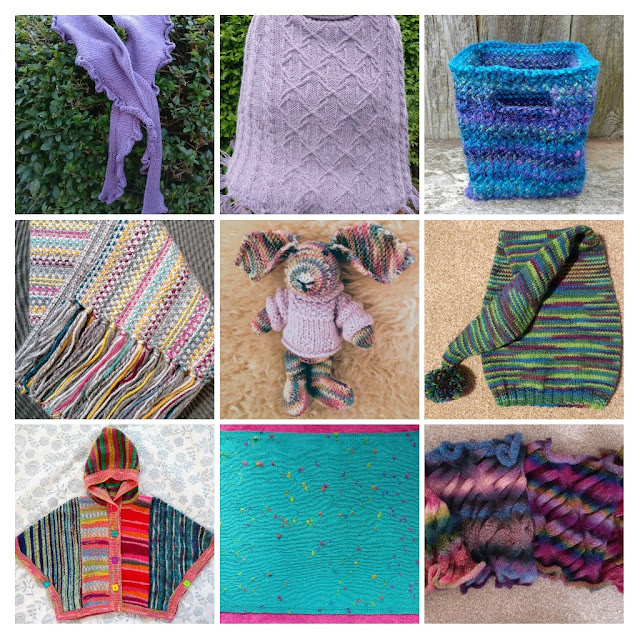 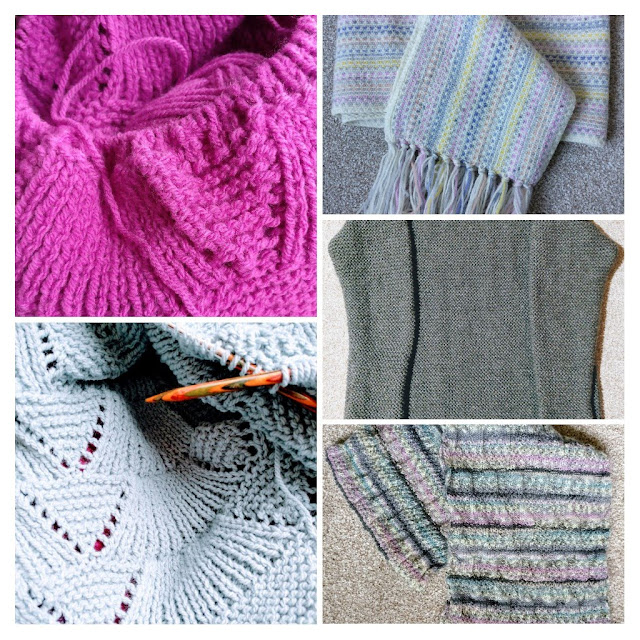 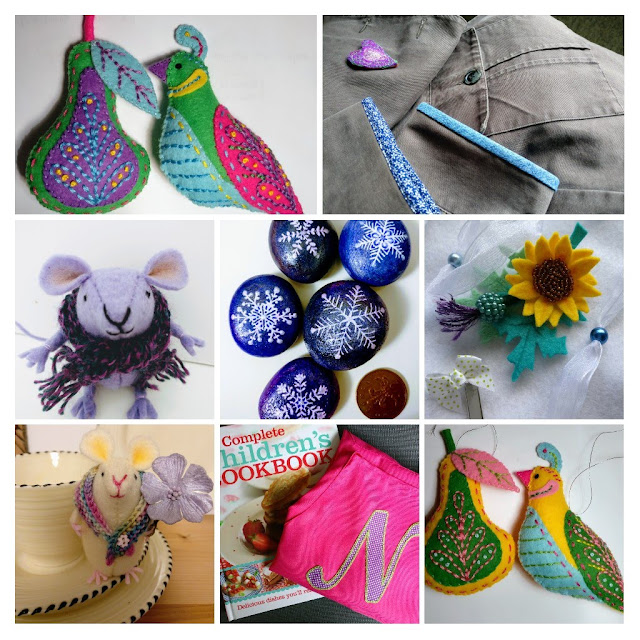 Looking forward to the next year.

...getting back to normal

We thought that once the snow deposited by the "Beast from the East" had melted we would be back to normal for this time of year. Then we woke up on Thursday morning to an unexpected sight: 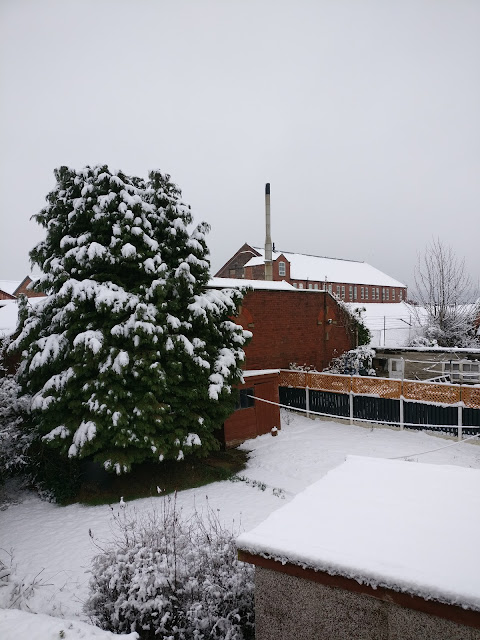 The roads had not been gritted - so even though only a couple of inches of snow had fallen there were vehicles slipping and sliding and skidding everywhere. As I was still using the hire car following my accident I decided fairly quickly that I wasn't even going to attempt to drive to work, and settled down for a morning of knitting (baby blanket No. 2) and catch-up TV instead. 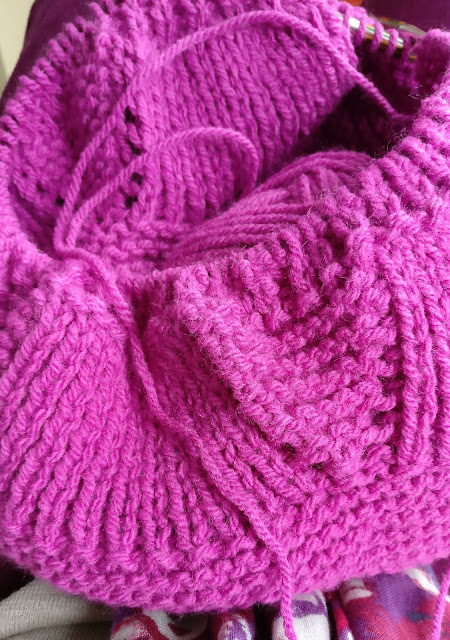 After a fruitless wait at the bus-stop my daughter returned bearing crumpets, at which point tea and crumpets with peanut butter was added to the equation. Sheer bliss! Best of all, the snow stopped falling and started melting around 11:30am, so I was able to venture in to the office at midday, passing at least half a dozen abandoned vehicles on the hill. I was so glad that I had surrendered to the situation and enjoyed the snowy interlude, rather than stressing and fretting about it.

Yesterday we went to pick up our new (to us) car, and it was such a nice feeling to be be back behind the wheel of our own vehicle, rather than one that belongs to someone else. There are still a few things that need sorting out with the insurance company, but I'm hoping the worst of this experience is behind us now.

Today we went the park for our first weekend morning walk in what seems like ages. It was overcast and drizzly, but still lovely to be back. 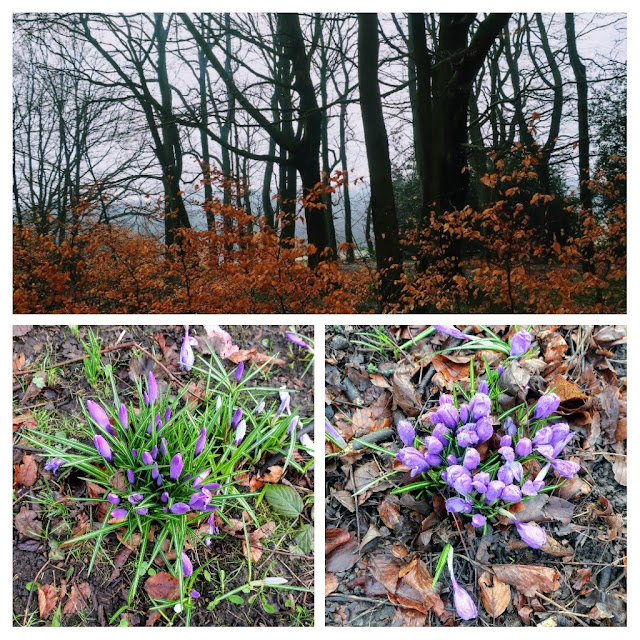 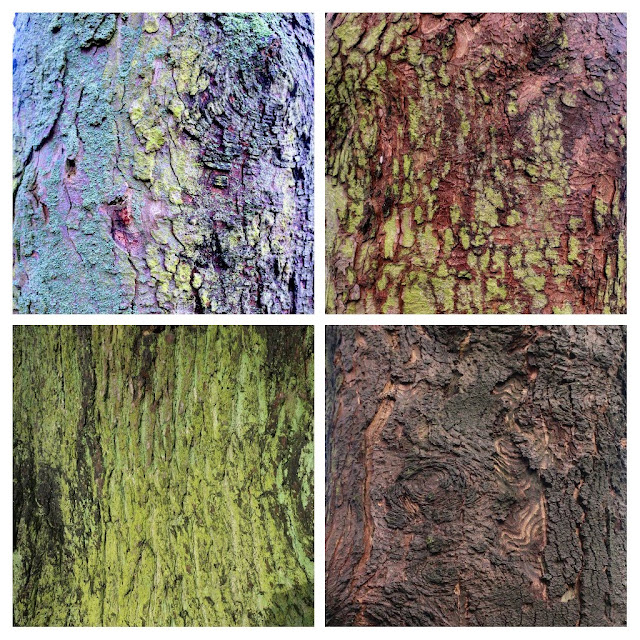 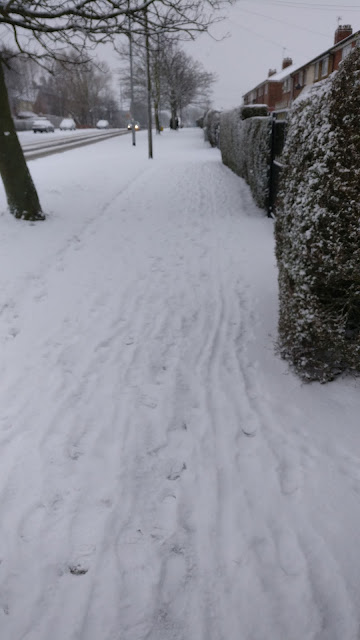 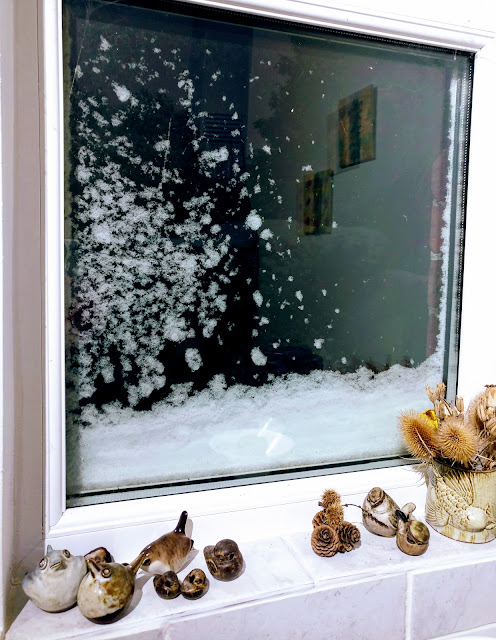 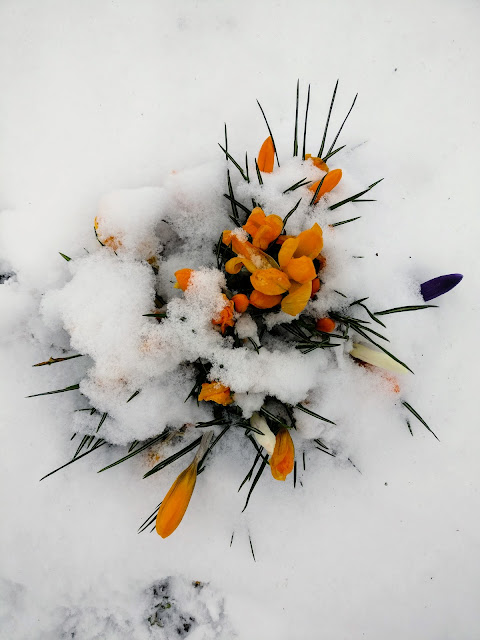 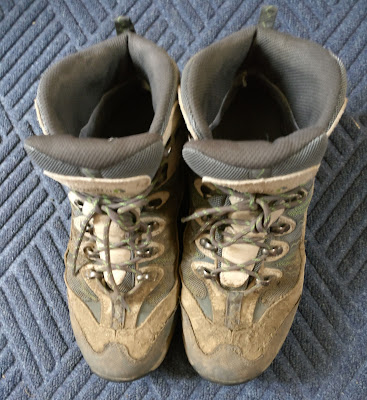 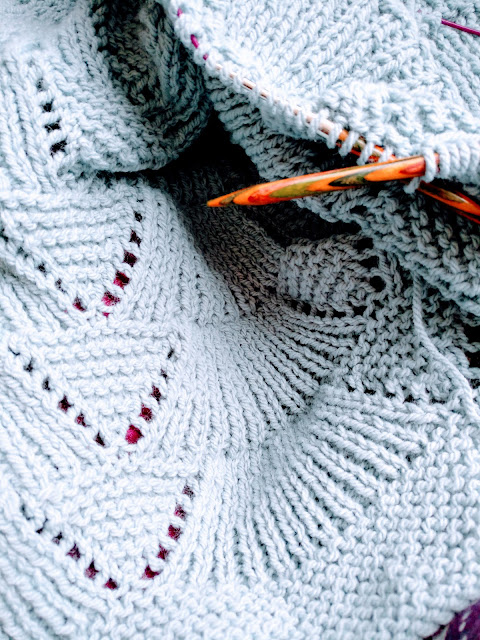