Because I'm a creature of habit and enjoy walking familiar routes over and over again, a few years ago I started to collect photos of favourite places every time I passed them. By simply recording whatever was randomly happening in front of my camera when I lined it up with the reference points I'd chosen for myself, I created my own personal time-lapse sequences capturing the differing effects of changing seasons, light and weather conditions on the landscape.

Last year's collection focussed on the view across the lake at our local park - clockwise from top left (in no particular order because I can't work out how to control the collage-creating app on my phone!) are a selection of images taken in Spring, Winter, Summer and Autumn.
The next group are taken from my current work-in-progress collection, started in December. I'm really excited to see how this one develops as the seasons change. 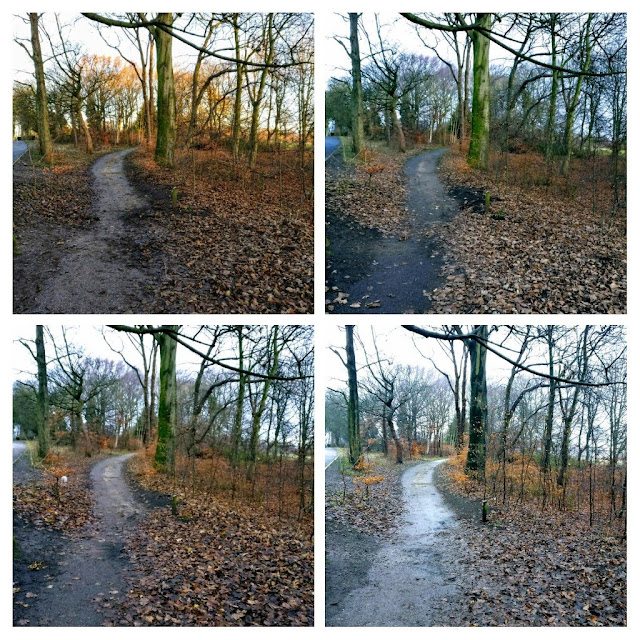 It's an addictive, but satisfying hobby, the seeds of which, it now occurs to me, may have been subliminally planted by seeing David Hockney's landscapes of the Yorkshire Wolds through the changing seasons. I love these evocative images and the idea that so much inspiration can be drawn from just one specific place.

Using Ann Wood's 'Very Nice Mice' pattern for the body, with my own adaptations for arms and feet, here is the birthday mouse I made for my friend today. I'm really pleased with how this one turned out. 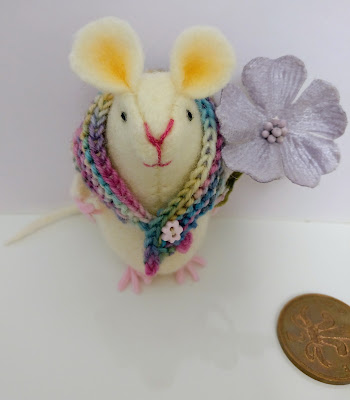 I used my 3D pen to create the arms/hands and feet out of pale pink PLA plastic, and then used the hairdryer on its hottest setting to bend the tiny fingers and toes. 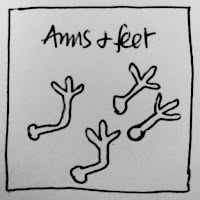 I forgot to take photos of the WIP, but the feet are stitched directly to the bottom of the body, and the arms are lightly glued and then stitched into tiny felt 'sleeves' before being sewn onto the body at shoulder level. This makes them a little more adjustable (they can be raised and lowered). 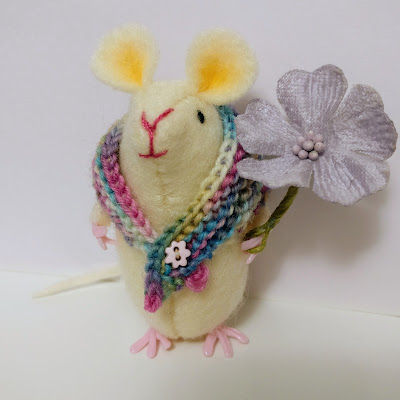 A knitted triangular shawl using sock yarn remnant on 2mm needles, a tiny button and a fabric flower with a wire stem from the craft hoard, and one super-cute little mouse is ready to go! 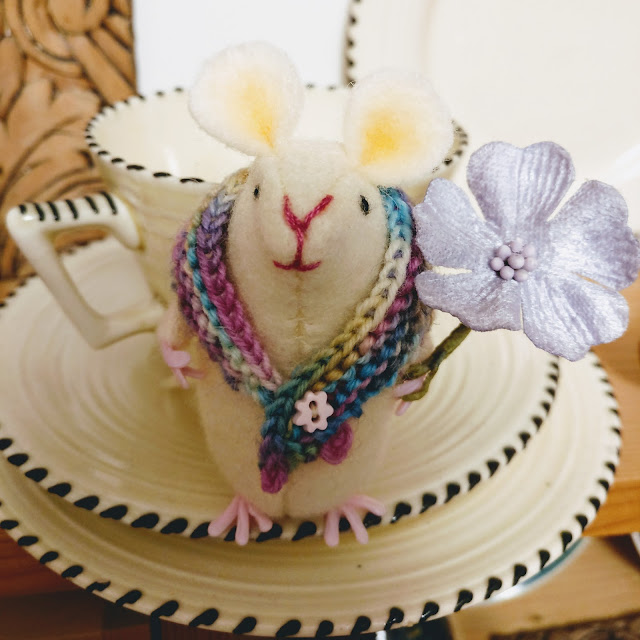 This year's January has been rather dismal for me. I was on leave until the 8th but spent most of the preceding week feeling listless and increasingly frustrated as the precious days-off dwindled away. Oddly enough my energy levels seem to have risen now that I'm back at work, and (thankfully) my Eeyore* mood has shifted to a more Pollyanna-ish outlook.

*I associate Eeyore with unrelenting pessimism and gloom. Eeyore moods engender thoughts such as 'What's the point of making all these things, they will only end up as stuff the children have to dispose of when I die!'

So I'm looking forward to this weekend, and, while I'm not a New Year's Resolutions kind of person, have started to think about things I'd like to make and do this year (even if I am just generating work for my offspring in the future) - continuing to keep track of what I've been up to in this blog being one of them. 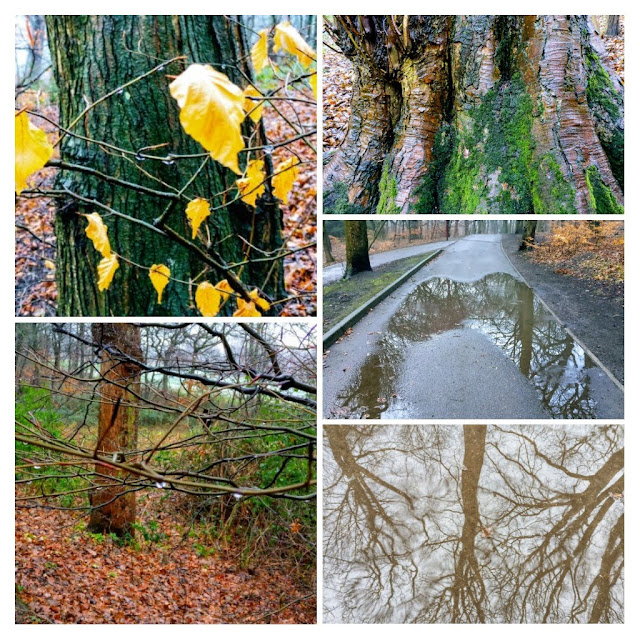 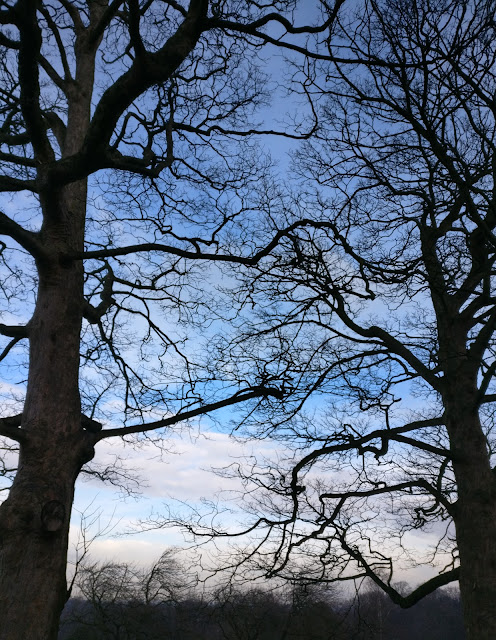 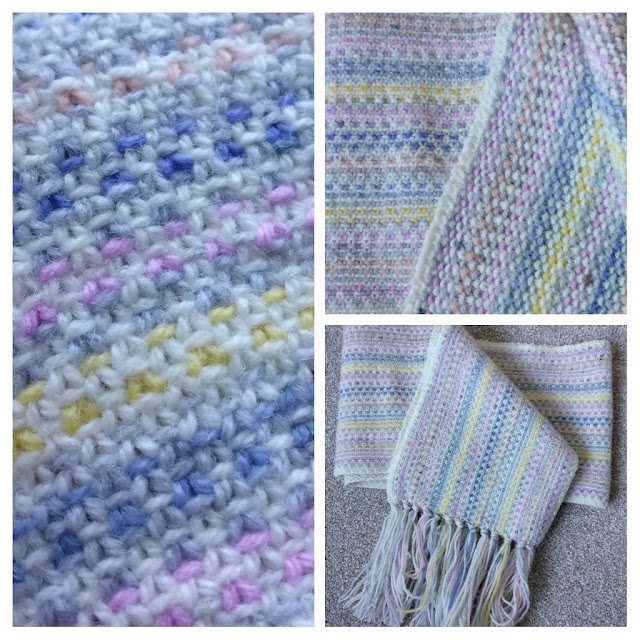 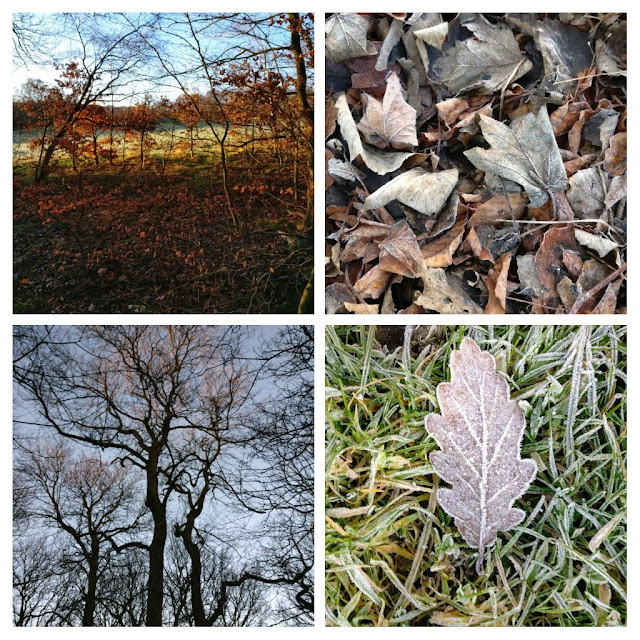 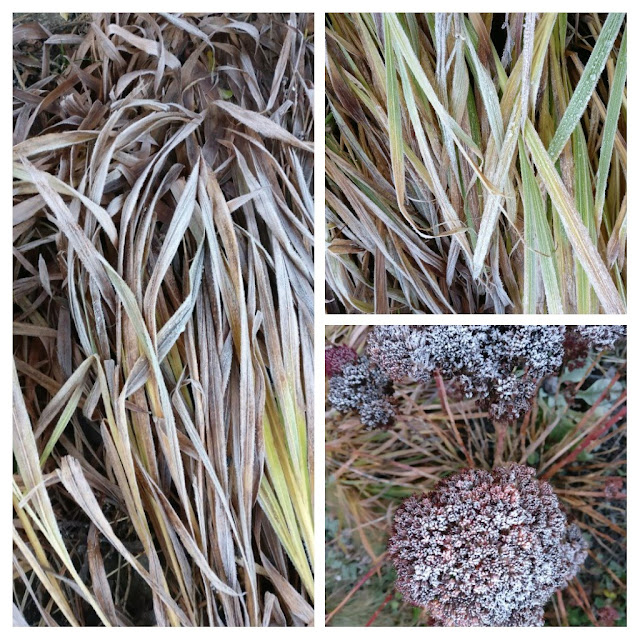 Now I am off to experiment with making little mouse hands for little felt mice, using the 3D pen my lovely husband gave me for Christmas. Watch this space.